The story of learning in Oxford reaches back almost a thousand years – and Greene’s is part of that long narrative. Although existing for only a fraction of that time, Greene’s still shares the heritage of this ancient city and its university.

The story of Greene's

A 21st century education: preparing you for the 22nd.

The quirkiness of the spelling of ‘Greene’s’ stems from our founder’s (Edward’s) family name in the 18th century, and is recognisable as the surname of one of England’s well-known 20th century novelist, Graham Greene – Edward’s family relative.

Soon after Edward established Greene’s in Oxford in 1967, we moved to our current 17th century buildings in Pembroke Street, in the heart of the city, surrounded by university colleges, inspiring architecture and eminent academics.

Many of our tutors are graduates of either the Universities of Oxford or Cambridge, and our students are taught through the tutorial method, the highly effective approach to teaching adopted by both universities through many centuries.

However, while proud of our heritage and depth of experience, we are passionate about innovation and preparing our students for the 21st, and indeed the 22nd century.

To be able to monitor your academic progress, we have created a bespoke, in-house student online resource called Greene’s Online. It is a system that allows you to see the status and progress of your studies anywhere and at anytime, in real time. 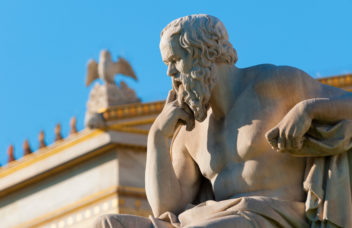 The History of the Tutorial 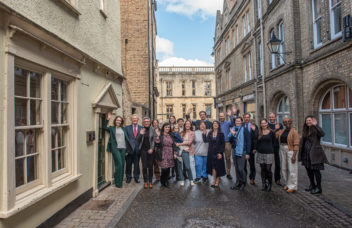 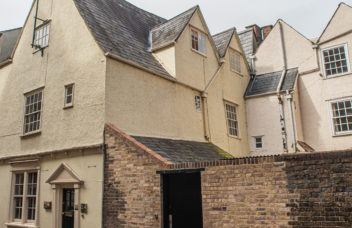 The lineage of Greene’s distinctive crest can be traced back to 1732.

Greene’s acquires the lease of 97a, St. Aldate’s, Oxford, opposite Christ Church

With more than 50 years of student contact, Greene’s continues to develop an alumni database of over 15,000 students.

The Greene’s team considers itself to be a community of educators. We are passionate to deliver an outstanding education that starts with the individual.

Our core academic team has oversight over the studies hosted at our college in Estoril.

ONE SIZE DOES NOT FIT ALL.

At Greene’s, we believe in learning through courses tailored to suit each individual; and we focus on individual learning because each student has unique qualities and needs. Our mission is to liberate students of a one-size-fits all curriculum. By designing your education with Greene’s your are the leading force in transforming your future.

Discover more about our philosophy

The ultimate goal of the tutorial method of learning is to enable students to think analytically, creatively and independently.

This style of learning is defined by one-on-one tuition, taught in the Socratic method, with an emphasis on independent study.

Since then, over 15,000 students have been taught at Greene’s at various stages of their education.

Create your personal prospectus by selecting your interests.

We use cookies on our website to give you the most relevant experience by remembering your preferences and repeat visits. By clicking “Accept”, you consent to the use of ALL the cookies. However you may visit Cookie Settings to provide a controlled consent. Read More
Cookie settingsACCEPT
Manage consent

This website uses cookies to improve your experience while you navigate through the website. Out of these cookies, the cookies that are categorized as necessary are stored on your browser as they are essential for the working of basic functionalities of the website. We also use third-party cookies that help us analyze and understand how you use this website. These cookies will be stored in your browser only with your consent. You also have the option to opt-out of these cookies. But opting out of some of these cookies may have an effect on your browsing experience.
Necessary Always Enabled
Necessary cookies are absolutely essential for the website to function properly. These cookies ensure basic functionalities and security features of the website, anonymously.
Functional
Functional cookies help to perform certain functionalities like sharing the content of the website on social media platforms, collect feedbacks, and other third-party features.
Performance
Performance cookies are used to understand and analyze the key performance indexes of the website which helps in delivering a better user experience for the visitors.
Analytics
Analytical cookies are used to understand how visitors interact with the website. These cookies help provide information on metrics the number of visitors, bounce rate, traffic source, etc.
Advertisement
Advertisement cookies are used to provide visitors with relevant ads and marketing campaigns. These cookies track visitors across websites and collect information to provide customized ads.
Others
Other uncategorized cookies are those that are being analyzed and have not been classified into a category as yet.
Save & Accept
Powered by